A Mining and Hockey Legacy 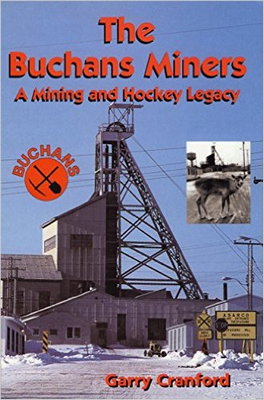 In 1905, Mi'kmaq prospector Matty Mitchell found a strange rock in Sandy River, running into Red Indian Lake, Newfoundland. This rusty brown and yellow outcrop was rich in sulphides of lead, zinc and copper, but it took twenty years of scientific advancement before the secrets of the complex minerals were unlocked. In 1926, the Anglo-Newfoundland Development Company signed a pact, establishing one of Newfoundland's richest mines at the site they called Buchans. The Lucky Strike Glory Hole and the underground mines were not the only legacies that Buchans left to Newfoundland. As soon as the mine and mill had begun production, the pioneers turned to recreation, turning and iron ore shed into an ice arena, and the town became famous for its hockey team, climaxing in the "Glory Days" of senior amateur hockey in Newfoundland, when the Buchans Miners hockey team criss-crossed the province in pursuit of sports glory. Here is an account of the Buchans miners - the underground drillers and the hockey players - told by a Buchaneer who worked as a prospector and in the underground mines.