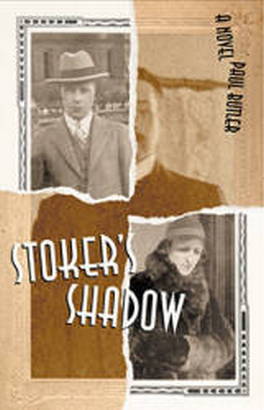 Stoker's Shadow tells the story of the late Bram Stoker's surviving family members in 1922 as they struggle to come to grips with the dark undercurrents in the novel Dracula. Florence, Bram's widow, is shocked when a German company, Prana Films, pirates her late husband's story for a film, Nosferatu. William, the son of Bram and Florence, is at first baffled by his mother's discomfort, but he soon finds himself struggling with his own memories. Mary, Florence's free-spirited young Irish companion, is captivated by 1920s London and all its mysteries. She finds escape in her copy of Dracula and forms an unlikely, and to Florence's mind a dangerous, bond of friendship with William. Short listed for the 2004 Newfoundland and Labrador Book Awards - Bennington Gate Fiction Award

The writing is so persuasive that it makes the supernatural seem natural...A fresh and accomplished blend of myth and fact, Stoker\\\'s Shadow is the real thing.-- Newfoundland and Labrador 2004 Book Awards jury --

Stoker's Shadow is a stunning achievement that will doubtless gather to itself all praise. -- JoAnne Soper-Cooke, author of A Cold-Blooded Scoundrel --

Though the vampires in Bram Stoker\\\'s novel Dracula cast no shadows, the author and the book certainly do. In Stoker\\\'s Shadow, Paul Butler explores this phenomenon in a unique blending of biography and dreamscape.-- Dr. Elizabeth Miller, author of Dracula: Sense and Nonsense and A Dracula Handbook --

Stoker\\\'s Shadow is an interesting read because of its unique approach and its historical insights.-- The Newfoundland Herald --