Avalanches in Newfoundland and Labrador 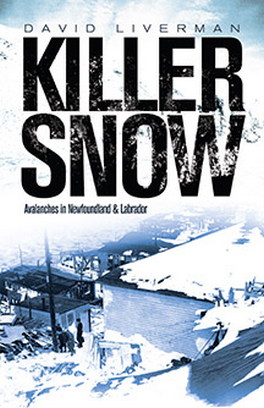 Thought by many to be rare, or unprecedented events, avalanches occur in Newfoundland and Labrador, and often with devastating results. This book builds a picture of how avalanches have affected the people of Newfoundland and Labrador through describing the various avalanche tragedies that have occurred in the last 250 years. Where possible, the words of those present as reported in contemporary accounts are used to describe the incidents; and in a few cases the direct accounts of survivors are used. The stories told are often tragic- with over sixty people killed in avalanche incidents, this is unavoidable-but also many survive, and lessons can be learned from their experiences. The aim of this publication is to raise awareness of avalanche hazards in Newfoundland and Labrador, and in addition to detailing the various incidents, some basic information on causes of avalanches, and avalanche safety is included. The best way of understanding the significance of avalanches in this province, however, is by listening to the stories told over the years. Proceeds from the sale of this book will help support the activities of the Canadian Avalanche Foundation/Fondation Canadienne des Avalanches.

Aside from survivor stories, photographs and other incident details, Liverman provides us with the anatomy of an avalanche, safety tips and other important information for anyone venturing into snowy regions.-- Downhome --

[Liverman\'s] book is an organized, historical recounting of avalanche disasters that have taken place throughout our province in the last 230 years, from 1781 to 2006, and it’s a fascinating read.-- The Western Star --