I Remain, Your Loving Son 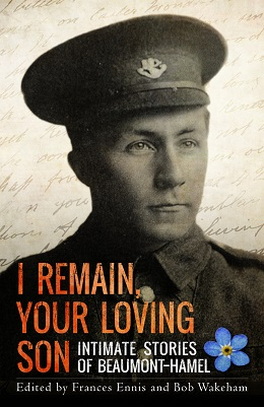 History has told us in unambiguous terms that the statistics from July 1, 1916, were grim and shocking. Most Newfoundlanders and Labradorians can recite the facts on cue: 801 men went “over the top” at Beaumont-Hamel, France; all but sixty-eight were either killed or wounded. Another number, startling as well: thirty, as in thirty minutes, a half-hour. That’s how long it took for German machine gunners to virtually wipe out the Newfoundland Regiment, from 9:15 on that sunny Saturday morning to 9:45. The bloodletting was halted because, in the words of one officer at the time, “Dead men cannot advance any further.” Inside these covers you will find deeply personal stories of Beaumont-Hamel, told by the soldiers themselves and their relatives back home, by their descendants, and by others who have found distinctive ways of bringing an intimate touch to what is sometimes described as the saddest day in Newfoundland and Labrador history. The transcripts of two documentaries produced by Bob Wakeham and Bill Coultas, a series of poems by Frances Ennis, and hooked rugs created by the Holy Heart of Mary Alumnae Choir form the content of this unique tribute to those who died at Beaumont-Hamel.

Final Preparations “the great push” Today has been a moderately quiet day. The Germans’ gifts to us today in the way of shells amounted to only 70, but strange to say we had four men wounded, one of whom may die. The main artery of one of his legs has been severed. One of the men wounded yesterday has since died, also a man who met with a bomb accident, a piece going into his eye and probably touching a portion of his brain. Owen Steele Prior to July 1, two raiding parties had been out to the German barbed wire to cut gaps which later proved to be not very affective. They did not capture any German prisoners which showed that the Germans were already just waiting for the attack. George Hicks The Hun certainly appear to be expecting our visit for they are, according to reports all along the Front, hard at work. There seems to be a strange pensiveness about everything, and we are all strangely thoughtful about the “great push.” Owen Steele The other day, some of us visited Gus Manning’s grave. I’m sure his friends will be glad to know he is not forgotten by his comrades. I think his grave is by far the best among that lot of heroes who have died for King and Country. I will ring off for this time, but will write again shortly when I hope to send you a very interesting letter. Tell everybody that they may feel proud of the Newfoundland Regiment for we get nothing but praise from the division general down. Frank Lind At 9 a.m., we had a battalion parade for the purpose of being addressed by General DeLisle. He spoke for about ten minutes. He said he was glad to have the honour of addressing us as a battalion for the first time, on the eve of what is going to be the greatest battle in the history of the world. He impressed upon us the danger we would have to encounter but that he had no doubt that we, who had the sole honour of representing Newfoundland, would bring honour and credit to ourselves and Newfoundland judging by what was known and said of us in the past. Owen Steele The general inspected us before we went into battle. He told us that he was going to take the Newfoundland Regiment into the greatest fight that was ever known. Allan Young I had a suspicion we were going into battle. In fact, we had church service prior to that. Being a Catholic, I went to Confession. In our pay books, we made out our wills. We’d leave everything to mothers and fathers, and that was another indication something was about to happen. Walter Tobin On the 29th and 30th, we knew we were in for it. So we all wrote letters home and left messages with our chums if we should be killed. Some of them were sure they were going to be killed, and I know a couple of chaps who thought that way, and were killed. Howard Morry We blasted the Germans a whole week before with all kinds of shells. We moved up the day before from Louvencourt, bidding goodbye to grandmère, madame and the garçon where we had been staying when out on the line. You could see tears in their eyes. A. J. Stacey My Dear Mother, We are having fair weather, but it rains every other day for some time. I am quite well. We have been having quite a time of it a few weeks back, but everything points to big things soon. They tell me the mail is to be stopped after the 30th. Now dear old mother, take good care of yourself, and don’t worry. We all feel that we will see you in time for the harvest. There will be a big to-do before I write again, and I will tell you all about it. Nothing else to tell. We go in tonight for six days. Your loving son, Andrew (Miller) I would look out towards and past the German lines and scan the landscape beyond the rising ground from sunken Beaumont-Hamel. Everything was so quiet. Your thoughts would be taken away from war. The landscape was the same every day. You would think surely this is not war. A. J. Stacey Just one more note before moving off. Jim and I are in the best of spirits and I trust we shall remain so. This will be my last letter for a short while. Owen Steele We left about 9 p.m. to march about nine miles up to the trenches. Our mail had just arrived as we were leaving. Eric Ayre, who walked with me ahead of the column, said it was just as well to read our mail for it might be the last before going into battle tomorrow. Jim Steele On June 30th at 9:15 p.m., we marched off from out billets in the village of Louvencourt, 25 officers and 776 other ranks, and some eight miles to go to reach our assembling trench. There was continuous bombardment by our guns all the time. It’s difficult to express what that noise was like: incessant cannon fire. Col. A. L. Hadow During the long night before the battle, I spent these hours in the company of four friends from the town of Grand Falls. These were Roy Ferguson (who was married and expecting their first child), Bob Porter, Fred Wilcox and Mike O’Flynn. I remember we joked with each other, but it was forced hilarity as we knew we were going out into No Man’s Land and beyond. These four buddies were killed in that drive. George Hicks We went into the trenches into the night. While we were going in, the shells were going over our heads. At 5 o’clock that morning, every gun opened up. The flash from the guns would almost burn the hair off your head. Allan Young

A beautiful tribute.-- The Miramichi Reader --

This is history relayed through calibrated voices, present and animated.-- The Telegram --

Editors Frances Ennis and Bob Wakeman show that a million deaths are a statistic, but one death is a tragedy...Ennis and Wakeman turn the statistics back into humans.-- Atlantic Books Today -- 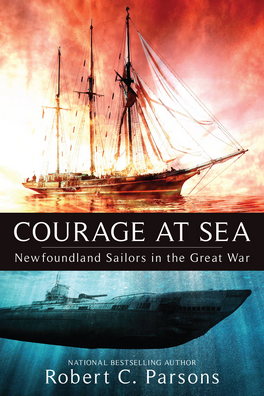 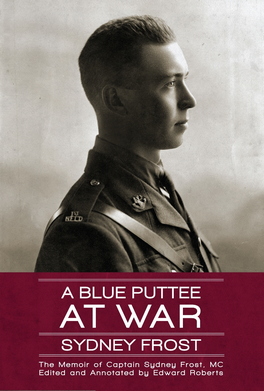