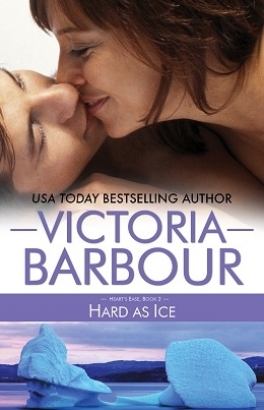 The first time Daphne Scott met hunky hockey superstar Jack Walsh, she was hungover and more than a little irritable. Still, it was hard to deny that he was hotter than Adonis—even if he did know it. The second time Jack met the sexy Scottish beauty Daphne, he had a concussion and wanted nothing more than to get home to Heart’s Ease so he could recover. He didn’t expect the ice queen to become his best medicine. A whirlwind romance at the Heart’s Ease Inn seems like the best prescription for them both. Until the real world creeps in, forcing them to learn that making a long-distance relationship work is harder than either imagined. When their careers threaten to put half a world between them, they must make a choice. Have they taken on a task harder than the very ice he skates on?

'Hard as Ice' is the second book in the Heart’s Ease series but can be read as a standalone. The writing style is absolutely beautiful. The descriptive details will make the reader feel surrounded by the Newfoundland backdrop.-- InD’tale Magazine --

Victoria Barbour's writing style is free and easy, down to earth and honest, just like her Newfoundland characters.-- Brenda Margriet, romance author --