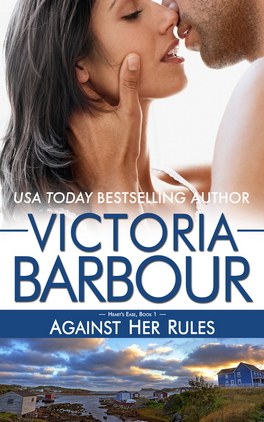 Thriving business? Check. Sexual exploits with a rock star? Check. Complete independence? Check. Elsie Walsh had it all. Or so she thought. Until Scottish hunk Campbell Scott showed up on the doorstep of her bed and breakfast. He’s making it pretty hard for her to stand by her one rule: No sleeping with the guests. She’s denied some of the world’s hottest actors, musicians, and even royals . . . but how can she keep Cam out of her bed, when he’s invaded her head and her heart? Campbell Scott went to the wilds of Newfoundland with one thing on his mind: sketch some birds, and then get back to his playboy lifestyle in London. But one look at his sexy hostess and there’s a whole lot more in the air than seabirds. Rejection isn’t part of his vocabulary, and Cam sets out to not only convince Elsie that he belongs in her bed, but by her side at the Heart’s Ease Inn.