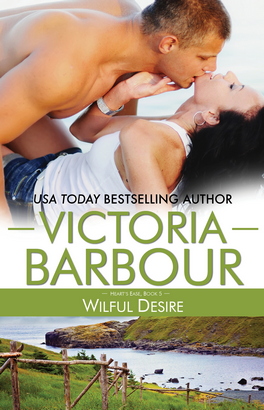 Will Walsh is a terrific sailor. And a terrible ex. Just ask Mae Mercer, the woman he left behind when a too-good-to-refuse promotion to the elite ranks of the Navy came on the eve of their wedding. Will might be a force of nature when he’s hunting down pirates and drug dealers, but that’s nothing compared to the way he capsizes Mae’s world when he returns home to Heart’s Ease. On a mission to reclaim her heart, he knows that failure isn’t an option. But this time, he might have to concede defeat: the only thing stronger than his desire to claim her is Mae’s desire to preserve her freedom. Can Mae resist the temptation to jump into this very able-bodied seaman’s open arms? Or will his wilful desire win out?