The Forbidden Dreams of Betsy Elliott 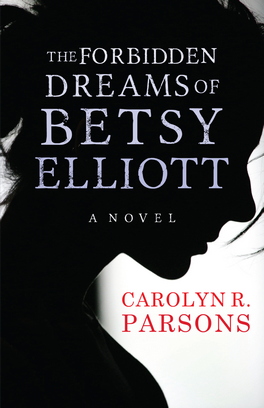 Betsy Elliott is a match for the cold northeast winds that rattle windows and carry Newfoundland sailors away to their deaths. Forced into service after her father’s death, married at eighteen to a much older man, she’s become as hard as the rocks that line the shores of her island home. Talented, brilliant, and hard-working, she will do anything to make things go her way in the life she’s been forced to live. One November day in 1933, Edmund Taylor stumbles into their lives when he is invited by John Elliott to board with them to write a book on the Commission of Government and finish his final papers for his graduation from Harvard Law School. During the harshest winter in decades, disaster and despair rock the Elliott home and their entire community, and events lead Edmund, overcome with guilt, to want to flee. In love with the formidable Betsy, he invites her to run away with him to Boston. Should Betsy stay in a place where children die of curable diseases and life has a deadening sameness, or go to Boston, the city of her dreams, where adventure and opportunity await? Betsy must choose between duty and the dreams she thought were impossible. But time is running out. Edmund will leave as soon as navigation opens up. Will Betsy be on the boat with him, or will she stay, chained forever to the life she thought she was destined to live?

“Betsy Elliott is [Eustacia Vye and Bathsheba Everdene's] equal. She could easily step into the middle between Eustacia and Bathsheba, link elbows and walk tall across literature’s landscape." -- The Packet --

Throw some colourful characters into the mix, and this book has what it takes to make it to the screen, or at the very least, to warrant a sequel.-- Edwards Book Club Reviews --

A wonderful book from yet another exceptional Newfoundland writer.-- Miramichi Reader --

"Hoping there's a sequel!" What a fantastic read! The Newfoundland dialect, combined with a community full of tough likable characters drew me in-- but Betsy stole my heart! I hope there will be more to read of Betsy Elliott"-- Amazon Review --