The Story of the Ella M. Rudolph 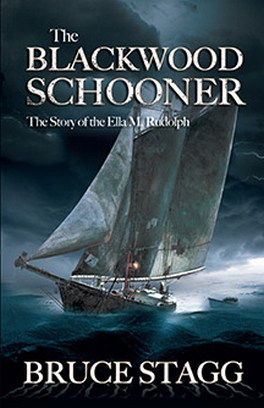 “That’s a dangerous coastline, too . . . around Catalina . . . we don’t want to venture too close to the shore in this wind.” On the night of December 6, 1926, during a blinding snowstorm, a schooner out of Port Nelson, Bonavista Bay, Newfoundland, ran into the rugged cliffs just north of Little Catalina. Of the nine crew members, seven men and one woman perished, while one man, the captain’s son, astonishingly survived. This is the amazing true story of the Ella M. Rudolph and her crew. #10 on the Globe and Mail (History) Bestseller List (October 10, 2009)

The story of how the Rudolph was built, how she ended up out in a winter storm, and to some extent why she was shipwrecked, is an enticing one . . .-- The Telegram --

This is a book that would be of interest to high school students, and particularly to those studying life in the outports of Newfoundland, during the first half of the last century. For those engaged in the principles of the practice of command of wind-driven ships, there is much to be gleaned.-- The Northern Mariner --