A photographic “then and now” celebration of the former St. John’s Street Railway.

For the first half of the twentieth century, the most easterly city in North America had a public transportation system that was on par with those found in Toronto, Chicago, Boston, and San Francisco. From 1900 to 1948, the streetcars of the Reid Newfoundland Company and, later, Newfoundland Light and Power, travelled along narrow-gauge rails on some of the oldest streets to be found anywhere. From the famous cobblestones of Water Street to Duckworth Street, Military Road and Queens Road, and powered by electricity from nearby Petty Harbour, residents could avail of the most modern form of inner-city transport of the day.

The reader will take a trip back in time to the St. John’s of not quite so long ago when the roads were shared with automobiles, horse and buggies, and the famous trolley cars. From the crossroads in the west end to the shops of Water Street, the steps of the Newfoundland Hotel and the ice cream parlours of Rawlins Cross, this visual journey around the city is simply breathtaking and bound to rekindle memories for many readers. For the younger generations, it will be an opportunity to see how life used to be and how St. John’s looked in their parents’ and grandparents’ day.

The black and white photographs are contrasted with modern-day colour retakes by the author of the same scenes as they now exist. When compared side by side, it is fascinating to see just how much St. John’s has changed in the past hundred years and yet, in so many ways, remained the same.

This is a great book for transit fans, street car fans and people interested in the history of St. John’s and of Newfoundland as a whole.-- Steve Boyko - Traingeek - Trains and Photography --

Streetcars of St. John's is not so much a book as an album – not at all a criticism, as the “Then” and “Now” side-by-side (often full page) photos are wonderful, compelling, and informative, the black and white “Befores” enhancing and enlightening the full colour “Afters” (and vice versa). Altogether not just for transportation history buffs, though it might transform readers into one.-- The Telegram --

Author/photographer Kenneth Pieroway is far too young to remember the days of the trolley cars in St. John’s; the last remnants of the service disappeared long before he was born. But he’s done a commendable job of bringing history to life with Streetcars of St. John’s, by collecting a variety of vintage photos from multiple sources and presenting them side-by-side with his own photography of the same locations today.-- Ted Bartlett - The Bulletin -- 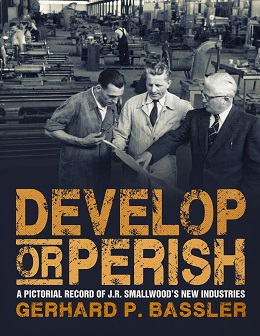 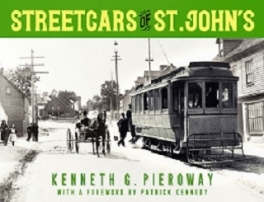 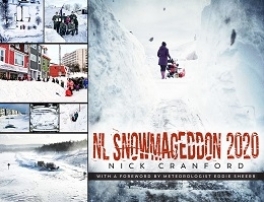