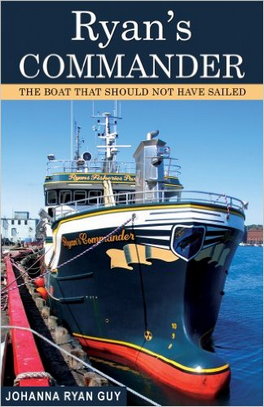 The Ryan’s Commander capsized off Spillars Cove, near Bonavista, on September 19, 2004. In the tragic wreck, two brothers were lost: Dave and Joe “June” Ryan. A federal report concluded that vessel design was one of the factors causing the capsizing. The family of the Ryan brothers recently filed suit against the federal government and the makers of the vessel, arguing its design was unsafe and untrustworthy. This book is Johanna Ryan Guy’s tribute, both to her brothers and to the family that still mourns their loss.