The Soul Of Newfoundland 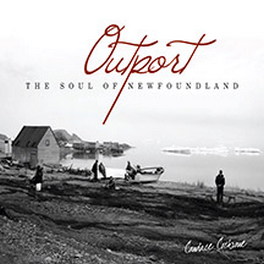 Since joining confederation with Canada in 1949, Newfoundland has experienced huge industrial and economic progress. At the same time, development of the province’s natural resources has put increasing pressure on traditional outport culture. To exacerbate matters, the last decade has witnessed a dying fishery, the lure of economic prosperity in the west, and the attraction of larger urban centres. As a result, outport communities are feeling the brunt of vast outmigration. Much of the distinct heritage that has characterized Newfoundland for so many years has changed drastically. However, the uniqueness of outports, nurtured by centuries of isolation, will always remain. Outport is a snapshot in time between the years 1969–1985, vividly capturing the life of one of these communities. Through dramatic photographs and personal stories told by the people themselves, this book takes a look back at a lifestyle that has changed forever. Candace Cochrane first came to Newfoundland in 1967 to work in a children’s summer recreation program run by the Quebec-Labrador Foundation (QLF) on the Northern Peninsula. The landscape and its people inspired her to develop her photography skills in order to document her experience of outport life. Since then, she has divided her time between working as a photojournalist, a teacher of photography, and a cultural heritage program director for QLF. Her photographs have appeared in numerous magazines and books in Canada and the US. Some of the photographs from this book are collected in the National Archives of Canada. For part of each year, Cochrane lives and works out of her house on the Northern Peninsula, where she first fell in love with the province of Newfoundland and Labrador.

I was just blown away with what beautiful scenes she has in black and white regarding outport Newfoundland being the soul of the province-- Ray Johnson, in The Telegram --

A collection of beautiful photography that captures our land and our people at their most comfortable and natural state.-- The Newfoundland Herald --

he photographs, which are truly wonderful.-- The Telegram --

Although Cochrane beautifully captures people dwarfed by their environment, and her landscapes show the grandeur of this magnificent land, it is her informal portraits of people that are most compelling.-- The Chronicle Herald --

Author Candace Cochrane captures the essence of Conche so well that she makes an eloquent statement about the community's past, capturing its atmosphere and flavour of life, and showing how its people lived-- The Western Star --

Cochrane reveals a measure of intimacy with the small communities she has recorded. It's not a passing glimpse of geography or culture but a deep familiarity, a sense of respect tempered with an outsider's objectivity.-- Atlantic Books Today --