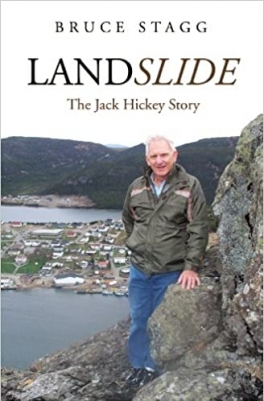 The residents of Harbour Breton, a small fishing village in Newfoundland, claimed that it rained for forty days and nights. For forty days and nights, a prevailing southwest wind off the Grand Banks brought persistent rain, drizzle, fog, and sometimes torrential downpours. Root crops rotted in the ground, paint peeled off houses and fences, brooks and rivers overflowed their banks, and ponds and lakes swelled to bursting. In the early morning of August 1, 1973, the earth could take no more. A mudslide, originating one thousand feet up the steep southside hill, cascaded down with explosive force. It crossed the road and smashed into four houses, tore them from their foundations, and swept them toward the sea. Twenty-two souls were hurled from their beds in a fury of destruction. By the grace of God, the majority survived, but four children—ages eight, seven, five, and four, all siblings—perished. This is the story of one town’s confrontation with disaster, and Jack Hickey’s night of terror during the landslide that took away his four children. #11 on the Quill & Quire BookNet (Canadian History) Bestseller List (for the two weeks ending November 4, 2012)

Bruce Stagg, a well-known Newfoundland writer, has done a remarkable job in telling the story of the landslide at Harbour Breton on Aug. 1, 1973, which destroyed four houses, injured nearly 20 people and killed Jack Hickey's four little children, sparing the eldest and the baby.-- PEI Guardian --

If you’re interested in reading a story about a man’s ability to press on with life despite adversity of epic proportions, get your hands on Landslide and read Jack Hickey’s story.-- The Charter --