Born Down By the Water 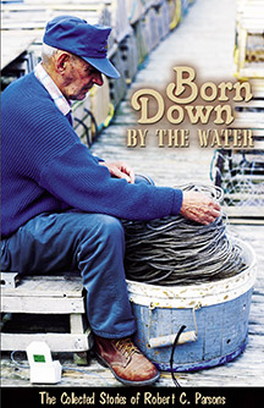 Born Down By the Water is Robert Parsons’s latest collection of sea stories inspired by the maritime history of Newfoundland and Labrador. Included are eighteen true stories describing the fate of crafts, from massive ocean liners such as the Titanic to the small schooners that sailed the Newfoundland-Mediterranean-Caribbean routes transporting passengers, codfish, salt, wine, and rum. From wrecks and rescues, races across the Atlantic, and war at sea to murder and riot, the tidal wave of 1929, and tragedies of fire, this compilation is an interesting and exciting read. Supporting these stories are dozens of photographs and newspaper clippings.

From wrecks and rescues to races across the Atlantic, this compilation of 19 true stories, including dozens of photographs and newspaper clippings, is an interesting read.-- Luminus --