The Power of the Mind

How I Beat OCD 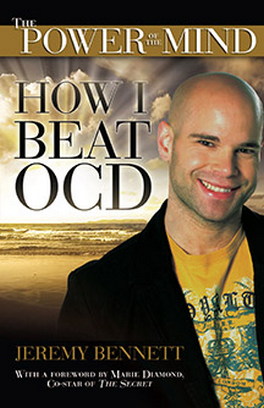 “Jeremy Bennett’s remarkable story is familiar to me since I too suffered from an early bout with a difficult mental/physical disorder. In my case it was stammering and I found that by practicing magic in front of a mirror and doing deep breathing meditation I was able to overcome it and become a nationally known speaker, film personality, and award-winning author. Read this to learn how you can overcome great hurdles in your early development and achieve your goals.” Fred Alan Wolf, Ph.D., aka Dr. Quantum, author of many books including the forthcoming Time-loops and Space-twists: How God Created the Universe and featured in the films What the Bleep Do We Know!? and The Secret. Jeremy Bennett is a motivational speaker, mentalist, and entertainer who has appeared in television series filmed in Canada, the U.S., and the U.K. In this book he speaks out for the first time about his struggle with obsessive-compulsive disorder. At the age of twelve, he developed a severe case of anxiety and an overwhelming need to exert control over it. Doctors said it was one of the worst cases of OCD they had ever seen. Furthermore, they told him it was incurable, that the incessant counting, tapping, opening and closing of doors—and myriad other repetitive behaviours—would stay with him for the rest of his life. They were wrong. Often a crippling mental disorder, OCD is the fourth most commonly diagnosed mental illness. This is the incredible true story of one man’s triumph over it.