The Pride of the Newfoundland Coastal Service 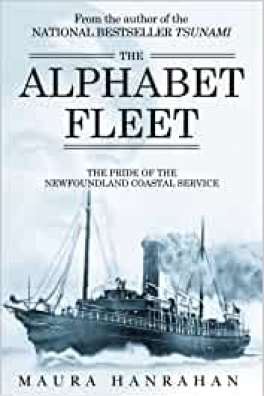 In 1898 a political firestorm surrounded the creation of Newfoundland’s Alphabet Fleet. But before long these coastal boats became a beloved part of the fabric of life in Newfoundland and Labrador. These ships carried bright-eyed young teachers to their first outport assignments. They brought wedding dresses to excited brides and Christmas parcels and letters to eager hands. They carried people home from city hospitals and the dead to be buried in family plots. Through crew and passenger recollections, this book brings the Alphabet Fleet to life. It also vividly describes the heroics and disasters associated with these legendary vessels.

This is a wonderful local history of the coastal ships of the Reid Newfoundland Company, known as the Alphabet Fleet.-- Steamboat Bill, magazine of the Steamship Historical Society of America --

The book is graced with excellent maps, great pictures, and a readable text . . . this book is a must on your reading list.-- Steamboat Bill, magazine of the Steamship Historical Society of America --