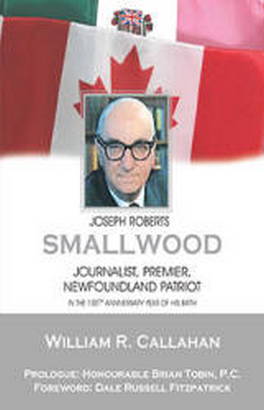 This book is a personal tribute to the greatest Newfoundlander of all time. It is not a biography, or intended to be; nor is its purpose to offer a comprehensive record of the Smallwood era. It might, however, be described as episodic history, examining key aspects of the political/economic development of Newfoundland and Labrador in its first decade as a province of Canada with Joseph R. Smallwood the undoubted central figure. Conventional history tends to be siphoned from old newspapers and dusty records by researchers and writers who, typically, were not born at the time of the events they write about. By contrast, the author of this work is one who was there...was part of it all...either as a respected print and broadcast journalist or as a member of the House of Assembly and of the Smallwood Cabinet. This book is based on meticulous research, authenticating William Callahan’s own experiences.

Chockfull of interesting anecdotes and behind-the-scenes remembrances of a most fascinating political era. -- Downhome --

Callahan's book is an attractive one. The pictures are wonderful and the text is easy to read. -- Newfoundland Herald --