From the northern shores of Labrador to the south coast of Newfoundland, there are as many ghost stories as there are bays and inlets. The province of Newfoundland and Labrador is rich with tales of ghost ships, mysterious lights, sinister spectres, tokens of impending death, headless pirates and murdered loves. From legends of phantom loggers to stories of possessed teapots, Haunted Shores: True Ghost Stories of Newfoundland and Labrador is an eerie exploration of the phantom-filled nooks and crannies of the province. Why does a mournful lady ghost return to Arnold’s Cove every November? Do ghostly submarines still sail the waters of Trinity Bay? What is the most haunted street in St. John’s? Drawn from both archival sources and first-hand accounts, the stories herein weave together anecdote, oral tradition, history and folklore to form a rich tapestry depicting a rarely explored side of Newfoundland and Labrador. Read the book, if you dare… Click here to listen to The Ghostly Ballerinas of Gower Street. Storyteller and author Dale Jarvis shares a story of ghostly ballerinas that dates back to the years of the Second World War. In the tale, a young girl receives nightly visitations from phantom dancers, as well as a black-haired lady in a black dress. When the girl's mother finds an old photograph at the bottom of a drawer, the mystery deepens.

A Vacant Lot With A Ghostly Past Queen’s Road, St. John’s The vacant lot located to the west of the Theatre Pharmacy on Queen’s Road was not always vacant. From the 1890s up to the mid-1980s, it was the location of a three-storey row house. In March of 1974, a family moved into that house. With their first steps into the house, they became possessed by an eerie, uncomfortable feeling. There was nothing to account for the oppressive feelings, except perhaps the faint scratching noises coming from inside the walls which permeated the house once darkness fell. Before long, they discovered that the white stone step outside the back door was inscribed with lettering. Brushing off the dirt, it became apparent that the stone was an old tombstone, removed from hallowed ground. The eerie feelings continued and deepened. Members of the family began to spend more than a few nights at neighbours’. They started to feel encompassed by the house, as if the house itself was staring at them, watching them at all times. One son woke in the middle of the night and saw a male figure. Thinking it was his brother, and only half awake, the boy watched the figure walk toward toward the bed as he drifted back to sleep. When he woke, he found that his clothes had been moved around the room. His brother denied any involvement and, indeed, denied being in the room that night at all. The intensity of the visitations increased. One night, three members of the family watched a glowing orb of red light appear at the bottom of the staircase. Suspended in mid-air, it began to dance back and forth, moving up and down the banister. A friend of the family visited, only to feel hands on her shoulders and to hear a moaning when she came in the front door. One of the brothers had someone grab him by the shoulder one day when he was home alone. Later that same day, he fell asleep on the chesterfield in the parlour, and awoke to a terrifying sight. There, in the middle of the room, an open grave had materialized, a hole through the floor, dug into the earth beneath the house. It was no dream. The terrifying, yawning grave was so real that the young man had to step over it to get out of the room. When he returned with help, it was gone. Spiritual assistance was requested, and a Roman Catholic priest arrived with holy water to bless the first floor. When he got to the second floor, he hurried his steps. When he got up to the third, he disappeared into an unused room at the back of the house. He emerged immediately and fled the building. The only words he spoke to the family before departing were, “I would advise you to leave.” The family had lived in the premises for four months. They were fated to live there no longer, for one night shortly after the priest’s chilling admonition, in the exact words of one eyewitness, “all hell broke loose.” One son woke, knowing something was wrong. He came downstairs to find his entire family awake and his mother frantic. In the front hall there was a wooden hatch set into the floor, leading to a dirt-floored crawl space beneath the house. The hatch was lifting and banging shut repeatedly. When it did stop, all the doors upstairs banged open and shut. Accompanying this din was the sound of beating on the walls. The unholy racket continued all night, and stopped with the advent of daylight. The family left and never returned. An uncle heard about this, ridiculed their superstitious natures, and moved in. Where his relatives had lasted four months, he lasted only one, deciding to leave after he woke up one morning to find nail marks going from his neck all the way down his spine, as if clawed hands had scratched all the way down his back while he slept. The building itself was demolished by 1984, but the vacant lot it left behind is still charged with a hellish energy, and recently was the location of a gruesome and as of yet unresolved murder case. Today, twenty-eight years since he lived there, one of the surviving family members is still tortured by nightmares, and to this day dreams of standing in front of the house, looking up, and finding someone watching him from the top window.

Drawn from both archival sources and first-hand accounts, these delightfully spooky stories promise to become a campfire essential.-- Luminus --

Well documented as to source and complete with vintage historical photographs, it is well worth reading and shivering over on a dark, rainy night.-- Fate magazine --

Haunted Shores is a fascinating book that helps preserve many of the old supernatural tales from Newfoundland and Labrador.-- The Telegram --

It's a book worth picking up for a well-written, quick and easy pleasure read. -- The Compass -- 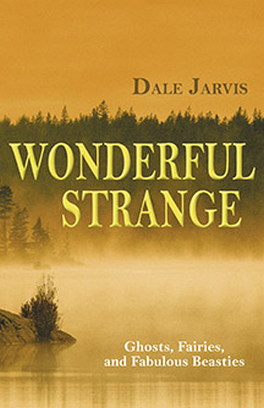 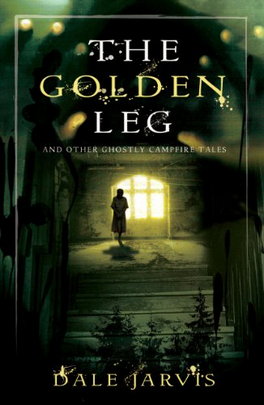