Tales of Newfoundland and Labrador 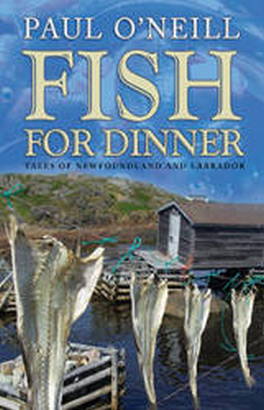 Germany has the Brothers Grimm, and now Newfoundland has Paul O’Neill. Paul O’Neill has been collecting favourite stories from around the world since high school. In Fish for Dinner, he has taken tales of long ago that grew out of the world’s oral traditions and set them in communities around Newfoundland and Labrador. The result is a wonderful collection of tales of ghosts, witches, fairies, and magical happenings for the adult reader. Included in this volume are stories from: L’Anse aux Meadows — The One Hundredth Wife Corner Brook — How Finbar Beat Old Scratch Harbour Grace — The Wisdom of Solomon Petty Harbour — Skipper and the Red Fox Nain — The Boy Who Never Said A Word Fogo — The Good Merchant . . . and many more!

Fish for Dinner is a compilation of old tales with a Newfoundland twist. Like a view of Hans Christian Andersen's fairytales, with our culture, words and what's familiar intertwined with fantasy.-- Current Magazine --

The stories in Fish for Dinner are well-written, with great descriptive passages.-- The Chronicle Herald --

Fish for Dinner is a new Newfoundland classic. This wonderful collection of tales should grace every Newfoundlander's book shelf.-- Atlantic Books Today --