Stories from the Port of St. John's 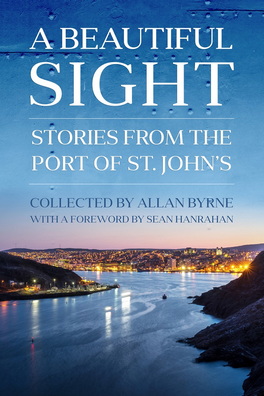 The picturesque Port of St. John’s is an enduring symbol of Newfoundlanders’ inextricable link to the sea. Indeed, it was the geographic features of St. John’s harbour that encouraged initial settlement here, the starting point from which the city expanded. But the legacy of the growth of the port is a unique history unto itself. Playing a major role in the international salt fish trade, the port has been a safe haven for fishermen in the North Atlantic since at least the 1500s, and it later proved a strategic position in WWII during the Battle of the Atlantic. Since then, it has successfully evolved for newer industries and technologies, most notably as a supply base for offshore oilfields as well as the largest containerized cargo handling port in Newfoundland and Labrador. Commemorating the fiftieth anniversary of the port’s incorporation under the federal government’s jurisdiction, this book traces the oral history of the port in the twentieth century. Adapted from over a dozen recorded interviews with those who have most intimately seen and shaped the port’s evolution, A Beautiful Sight is a unique glimpse into one of the most storied harbours in North America.

In the fifty years since its incorporation as a federal government port, the Port of St. John’s has undergone remarkable change. Within the past three decades, the port has reinvented itself as a base for the oil industry and a major cargo terminal, a remarkable transformation for a port that credited its existence to the salt fish trade for five centuries. For years the port had hosted the arrival and departure of the spring seal fishery, which brought men from all over the island to the harbourfront in hopes of securing a berth at sea. Fishermen from all over the world relied upon the Port of St. John’s as the only safe haven in the North Atlantic, and many foreign sailors became intimately acquainted with the people and geography of St. John’s. In particular, the annual visit of the Portuguese White Fleet helped strengthen a special cultural relationship that is still nurtured today. For centuries of seamen who worked on these frigid waters, the port was their St. John’s.

All the contributors are lively and enlightening.-- The Telegram --

A port that is relied upon as one of the only safe havens in the North Atlantic, its history is as vibrant and captivating as the people of this province.-- Newfoundland Herald --

A Beautiful Sight is an affectionate look at a very important Canadian port that rings true, and deserves a wide audience.-- The Northern Mariner --