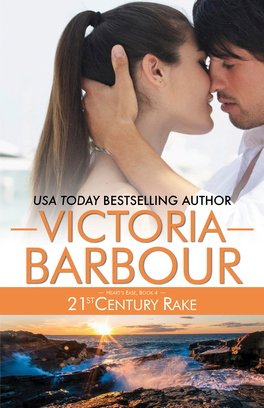 Rock superstar Asher Corbin is back in Heart’s Ease. And he’s not alone. This time he’s brought the entire cast and crew for his upcoming film debut to the small town for a retreat back in time to the Regency period. Grace Nolan is thrilled to go to an honest-to-goodness Regency ball. But there she finds herself at the mercy of her deepest fantasy: a scandalous rake fresh out of the pages of her favourite historical romances. When Grace claims not to recognize the dashing celebrity, Asher seizes the opportunity to step out of his persona and explore life out of the spotlight. But when she finds out his secret, her response plunges them into a game of seduction neither had expected to find.

I loved this book. The storyline was engaging and flowed well. The writing was clear and simple. The characters were endearing and fun loving.-- Edwards Book Club --

Victoria Barbour has set the scene in Heart’s Ease to resemble the social drama of a Jane Austin yarn. Keep(s) the storyline moving gallop-trot and...keep(s) the reader on the edge of the bed. -- Harold Walters --