The Body on the Beach 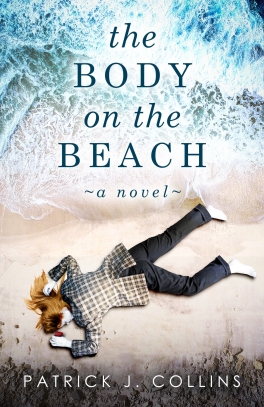 Frank Fallon, a veteran policeman, finds himself demoted and transferred back to his hometown. Having left the community in 1905 after being rejected by his first love, Constable Fallon never wanted to return to the place of his childhood. Although they were young budding lovers, Marie Callahan's denial of him for the love of another is still a painful memory.

An opportunity to join the Constabulary in St. John’s had presented him with an escape from a place he never wanted to see again. However, his growing dependence on alcohol while in the city, at a time when Prohibition was cracking down on the illegal sale of booze in the Dominion of Newfoundland, resulted in Fallon butting heads with the Chief of Police. Now, challenged to police a town where only bitter memories exist isn’t going to be easy.

Two weeks into his tenure, an anonymous caller reports a fully-clothed body on Martin’s Beach. The investigation begins, and Constable Frank Fallon must go up against his most difficult case yet. He becomes embroiled in a tale of intrigue surrounding the victim that leads to a shocking and devastating conclusion.

Collins has done an excellent job at creating a story that flows seamlessly. It is well paced, making the story interesting and keeping readers hooked until the very end. The Body On The Beach by Patrick J. Collins is a wonderful read for any armchair detective who enjoys an escape from reality and an opportunity to step back in time.-- Stephanie Collins - Fireside Collections --