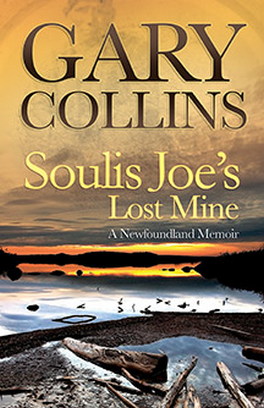 Embedded in a rock in an obscure, pristine brook in the wilds of Newfoundland is a legendary quartz vein. The story of the vein and the wealth trapped in it is well-known, but its location has eluded six generations of Newfoundlanders. The source of the legend is Soulis (Suley) Joe, and the precious metal trapped in the vein is silver. Along the Trans-Canada Highway in Newfoundland, just west of the turnoff to Benton, is a brook called Soulis Brook, which flows out of Soulis Pond, the second major pond named after Soulis Joe, an intrepid explorer whose name is recorded for all time on old Newfoundland maps. In the summer of 2008, writer Gary Collins teamed up with Allan Keats, a great-grandson of Soulis Joe, and they set out to unearth the secret of Soulis Joe’s lost silver mine. After many weeks and months spent combing the island of Newfoundland, Gary Collins figured it out. Come along for the trip and discover the location of Soulis Joe’s Lost Mine. Canadian Aboriginal Books for Schools 2010–2011 Selection

Soulis Joes' Lost Mine is a number of stories in one: it's a great mystery-adventure; it's a fascinating look at prospecting for precious metals; and it's a heart-warming story about the importance of family pride.-- The Chronicle Herald --

You read this book for the same reason its namesake walked the land, to move, feel its peace, to enjoy its wonder, to pick up a few treasures along the way.-- The Pilot --

This tale also serves to cement Collins' status as one of the region's better storytellers; he has a journalist's eye for detail, his writing is crisp and lean and the narrative arc runs smooth and seamless and is well-peppered with shakes of home-spun humour.-- Atlantic Books Today --