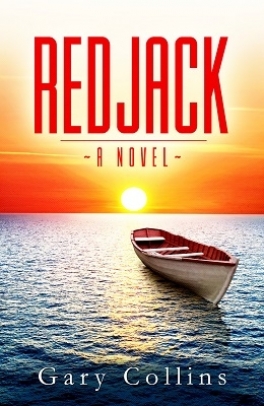 “. . . one of Canada’s master storytellers.” — The Miramichi Reader

Redjack, the hated fish culler, awakens in the bottom of a heaving punt adrift on the Atlantic Ocean. Following the beating he took from his only son, he slinks into the inner bays. Jake, son of Redjack, is home from the failed battle for Suvla Bay in the Great War. With his family, he sails to Trinity Bay to fulfill a promise given to a friend who died in the hell of a Turkish trench. There, unbeknownst to them, they become afflicted with the Spanish flu by the mother of the soldier. On the way home, a fierce storm drives Jake deep into the bays for shelter, where he must come face to face with Redjack again. The virus they bring to their isolated island home changes forever the lives of those who remain. From the award-winning author of The Last Beothuk & What Colour is the Ocean?

Gary Collins’s stories often seem like epic tales. Like sagas. . . . I felt as if the characters, albeit ordinary folk in homespun tales, are living and dying on a vast yet familiar stage.-- Harold Walters - Book Remarks --

Redjack - The newest release from Gary Collins and Flanker Press is a superb tale of the devastating consequences of family trauma and the effect it can have through generations. This novel has many interconnecting stories and Collins does an exceptional job of keeping the reader engaged and immersed in the story.-- Nicole Little - Review @ No Shelf Control --