How Dog Became A Friend

Today dogs are considered man’s best friends, but thousands of years ago the world was a very different place and dogs were animals to be feared. This all changes one autumn day when a young brother and sister wander too far from home and are captured by the Old Hag of the Wilderness. The terrified young children beg passing animals for help, yet none will come to the rescue. But then Dog comes along . . . Accompanied by charming watercolour illustrations, How Dog Became A Friend tells an enchanting story of how Dog left his cold and barren home to come and live among people. Shortlisted for the 2008 Heritage and History Award Canadian Aboriginal Books for Schools 2008–2009 Selection

A creative and charming fairytale...-- The Aurora --

The tale, accompanied by beautiful full-page watercolour illustrations by Labrador artists Cynthia Colosimo, honours the spirit of Labrador's native heritage and celebrates a respect for nature and all its creatures with an innocence seen best through the eyes of children.-- Downhome --

Illustrator, Cynthia Colosimo, now lives in Labrador and draws from her experience to produce accurate and appealing illustrations that fill each page. . . . The text is beautifully written. . . . Highly recommended for grades K-4.-- Resource Links --

The story's narrative has the distinct feel and rhythm of a folk tale, and O\'Neill uses descriptive local language to effectively capture the setting of the remote Labrador landscape.-- Atlantic Books Today --

Cynthia Colosimo's illustrations are highly evocative - filled with natural colour and light and, like the story itself, brimming with authentic details of life in a magical, long-ago time and place.-- Atlantic Books Today --

It's a charming and exciting story of family, tradition and friendship set in a period thousands of years ago before dogs were domesticated.-- The Telegram --

How Dog Became A Friend would be a nice addition to a picture book collection.-- CM: Canadian Review of Materials --

Told through beautifully descriptive language and gorgeous illustrations, this story, set in Labrador in ancient times, explains how dogs came to live with people as companions.-- Canadian Aboriginal Books for Schools 2008–2009 Catalogue --

How Dog Became A Friend is a wonderful piece of cultural literature. Between the storytelling and the illustrations, it would delight both children and adults alike.-- Suite101.com -- 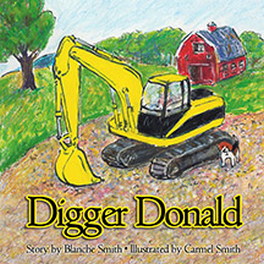