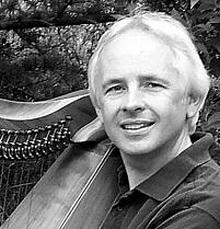 Ed Kavanagh grew up in Kilbride, Newfoundland and Labrador. He received an Honours B.A. in English and a B.Ed. from Memorial University of Newfoundland, a B.A. in Music from Carleton University, and an M.A. in English and Creative Writing from the University of New Brunswick. He has worked as a writer, actor, musician, theatre director, university lecturer, and editor. His stories, essays, dramatic scripts, and poetry have earned 14 awards in the Newfoundland and Labrador Arts and Letters Competition. Since the publication of his first book in 1986, Ed Kavanagh has travelled widely, visiting many schools and libraries. As a musician and writer of children’s songs, he adds variety to his visits with musical selections on guitar and Celtic harp. He has performed extensively throughout Newfoundland and Labrador as well as in Nova Scotia, Ontario, New Brunswick, and Ireland.