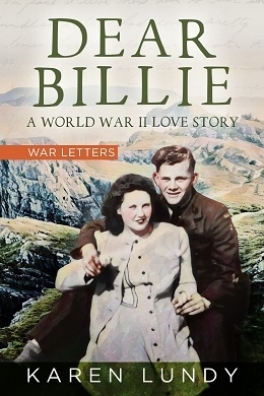 Based on the full text of ninety-two letters written during the Second World War and beyond, Dear Billie tells the true story of a long-distance romance that began during the war and lasted a lifetime. Written by Roland “Vern” Ploughman of Bay Roberts, Newfoundland, to his girl, Lillian “Billie” Wenman of Toronto, Ontario, these letters follow a tank gunner’s experience of training, combat, wounding, and return home. Spanning from January 1943 to August 1945, they begin with nineteen-year-old Vern writing to seventeen-year-old Billie, who a friend insists he must meet.

On August 10, 1944, during "Operation Overlord" and the Battle of Normandy, Vern Ploughman’s tank was ambushed by fire from a Tiger tank in the trees. The Sherman tank was no match. The driver and co-driver were killed instantly, while Vern suffered severe injuries. Billie’s letters to Vern, which he kept on board his tank, were destroyed. Years later, in 2019, Vern and Billie’s daughter, Karen Lundy, discovered the remaining letters among her parents’ possessions. She presents them here for the first time.

You don’t hear love stories like this anymore. Billie and Vern did not have much time together before Vern headed off to war but these letters reveal their longing to be together and it is quite poignant; their worries that the other might meet someone else palpable and endearing. Even as young teenagers their connection was very apparent and this intimate look at their relationship is truly beautiful. What makes this even better is knowing that their love endured … this book is written by their daughter! A very enjoyable read full of humor, joy and kinship. It will warm your heart and restore your faith in the power love.-- Nicole Little - Review @ No Shelf Control --