Adventures of a Grenfell Nurse 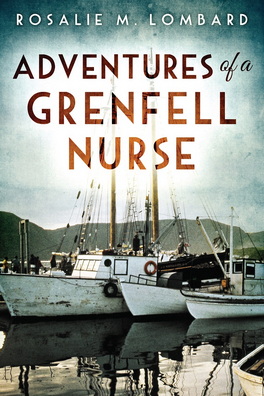 Like other children of the 1930s, I read about the adventures of Sir Wilfred Grenfell, who worked among fishermen in a very cold, icy place way up north called Newfoundland and Labrador . . . It was many years later, during my student-nursing days at Columbia-Presbyterian, that I really learned what the Grenfell Mission was all about. I was intrigued at the thought of, someday, using my nursing skills there. After graduating in 1951, I remained at the medical centre for another year of nursing experience. In that time, I had gotten tired of the large city and yearned for a more adventurous working environment. Those earlier seeds about the Grenfell persona had sprouted. In the summer of 1952, I met with the International Grenfell Association secretary and signed up as an assistant nurse in St. Anthony. The seed that had been planted so many years before had finally blossomed and would lead me to great adventures. Adventures of a Grenfell Nurse is a riveting collection of stories that share the experiences of a Grenfell nurse in the early 1950s in the subarctic climate of Newfoundland and Labrador: a train wreck, a dogsled trip, the delivery of a baby on board a coastal steamship, a harrowing sailing experience, a near-shipwreck in gale-force winds, and much more!
Sir Wilfred Grenfell founded the Grenfell Mission in northern Newfoundland and Labrador in 1892 as a medical service to the people in the isolated part of the north that at that time was a colony of England. As late as my own time there (1952–1954), no roads connected that area to the southern, more populated part of the island. In addition to the Newfoundlanders, many Inuit (Eskimo) and Innu patients came from “The Labrador” for medical care. The primary means of transportation in the summer was by boat and dogsled in the winter. Air travel for patient care was still in its infancy. One lone caterpillar-traction snowmobile had arrived for the purpose of transporting huge cans of milk from the Mission dairy barn to the hospital. My applicant’s information brochure contained, among other things, the following:

The climate is rugged and variable. During the long winters the harbours are frozen and there is deep snow. In the coastal regions, winters are severe, there is considerable fog in summer, but the weather is bracing, with some warm days. Up the bays, the climate is dryer and somewhat milder, and summer days can be occasionally quite warm.

Living conditions are comfortable at all Grenfell stations. Diet is adequate, though not varied.

Ships: Maraval, a 75 ft. hospital ship travelling the area in summer; Nellie A. Cluett, a 134 ft. freighter supplying all stations from Canadian ports.

The work, covering approximately 1,200 miles, is divided into 4 medical districts. Hospitals are located at key points, with nursing stations interspersed at isolated places.

After an interview in the New York office in the summer of 1952, I was accepted as an assistant nurse at the main hospital in St. Anthony, Newfoundland. I set out for this new experience in October 1952, travelling by train from Boston to North Sydney, Nova Scotia, crossing on the overnight steamer Cabot Strait to Port aux Basques, Newfoundland. Then I boarded the railroad with the expectation of later being bused to Hampden, from where the hospital ship, Maraval, would travel the remaining 400 miles north to St. Anthony. However, a monkey wrench was thrown into the schedule when we were train wrecked as we neared St. Teresa, a remote place near Flat Bay Ballast Pit, Newfoundland. Eventually, I did arrive in St. Anthony, where I remained for two of the most exciting and interesting years of my life. The experiences in nursing were far different from those I had had at the Columbia-Presbyterian Medical Center in New York City. I loved the challenges presented by having to make do with (or improve) scanty or obsolete equipment and working with bare-bones staffing. I enjoyed the contact with fellow workers and patients from other cultures and dealing with the elements, whether sailing on the ocean or travelling by dog team. I believe that this Grenfell experience enhanced my global awareness and contributed to my desire in later years for more foreign travel. Those years spent in that isolated environment, when the Grenfell spirit still existed, certainly enriched my life.

An important story from history; and a book worth the read.-- Edwards Book Club --

’Adventures of a Grenfell Nurse’ is a ripping yarn indeed, and a wonderful look back on a pivotal time in the Grenfell operation’s history.-- Northeast Avalon Times --

Her lively recollections are as vivid as if they just happened, though over sixty years have passed.-- Miramichi Reader --

Lombard’s writing is concrete and descriptive.-- The Aurora --

[Rosalie Lombard] recounts a collection of stories that are both entertaining and inspiring. Adventures of a Grenfell Nurse gives a different, as well as personal view on the medical history of this province.-- Tint of Ink --

Lombard’s enthralling adventures as a travelling nurse are reminiscent of a Tintin adventure in their harrowing nature. Her life is a wonder.-- Atlantic Books Today --