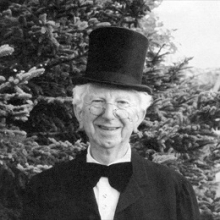 John Northway Leamon was born in Brigus on March 10, 1921. He was educated at the old Brigus United Church Academy, Memorial University of Newfoundland, and at Trinity College, London, where he obtained a degree in Class Music Teaching.

For some years he operated a grocery and ice cream parlour in Brigus, where he was also a day-school teacher and, for 17 years, the church organist. Leamon moved to Carbonear in 1957 to take a full-time position as a music teacher and church organist, remaining there until 1970. From then until his retirement in 1981 he lived in St. John’s and taught music in various city schools. After years of being a weekend and summer resident of Brigus, he returned to his birthplace year-round in 1988.

John Leamon founded the Brigus Historical and Conservation Society in 1983, working to establish what became known as the Ye Olde Stone Barn Museum. He served as curator of the Museum until June 1997, when he was incapacitated by illness. His lifelong interest in the preservation of Brigus was recognized by the presentation of the Canada 125 Medal (1992) for community service and the Manning Award (1997) for the preservation of community heritage.

This book, the culmination of a life’s work, was completed in June 1997. Unfortunately, Mr. Leamon passed away that August, but not before he had been assured of publication. 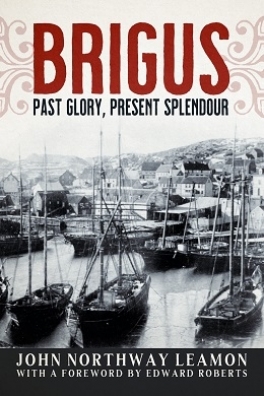