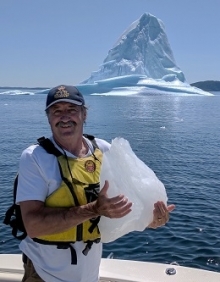 Barry Porter worked as a lighthouse keeper on the northeast coast of Newfoundland with the Canadian Coast Guard for twenty-three years. He was born in the small farming community of Porterville. Barry attended a one-room school (no electricity or plumbing) with ten students from kindergarten to grade five. Later, he was bused to Lewisporte for school and attended vocational school there.

Over the years, he worked in several professions, as a welder, a photographer, a lightkeeper, and later the curator/manager of the By the Bay Museum in Lewisporte. He obtained a certificate in basic museum studies while working at the museum. Barry lived in Western Canada for two years and has travelled throughout North America and Europe but never lost his pride in his home province, his hometown, and their rich history. He volunteered on many local committees, including heritage and economic development, and served ten years on the board of the Lewisporte Memorial Public Library.

An avid outdoorsman, Barry enjoys boating, kayaking, snowmobiling, motorcycling, swimming, and quiet walks in the fresh air. Barry is a proud father of two children and resides in beautiful downtown Porterville with his wife, Alice, and his sweet beagle, Lucy. 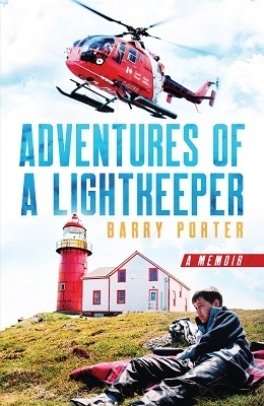 Adventures of a Lightkeeper
$21.00
more