The People Who Stay 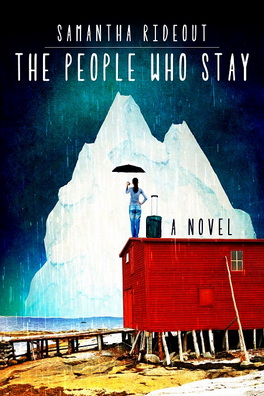 Who says you can't go home again? Sylvia can’t imagine why anyone would ever try. She had left rural Newfoundland as a scrawny, shy girl who was too smart for her own good. When she dragged herself home for her cousin’s wedding, she couldn’t believe how much had changed—or how much had stayed the same. Ten years older but no less fixated on an exit strategy, Sylvia returns to confront the person she left behind: her younger self. When she left, she was Miss Sylvia Pride, a fisherman’s daughter without an education, money, or any sophistication. Returning now, she is a different person. Whether she wants to or not, Sylvia reconnects with her long-lost best friend. While they are unpacking things left unsaid for years, Sylvia’s life gets more complicated when her husband arrives from Boston. Surrounded by the successful families in her hometown, and with her own marriage on the brink of collapse, Sylvia finds herself at a crossroads. Is there such a thing as happily ever after? And can the family and friends she left behind now help her find it? The People Who Stay is a tale of love and redemption in which the heart of family beats like the relentless tide against the rugged Newfoundland shores. Long listed for the Miramichi Reader The Very Best! Book Awards 2016

The People Who Stay is a thoroughly enjoyable, stimulating and insightful read.-- The Miramichi Reader --

The People Who Stay is a delightful read. Samantha Rideout does a remarkable job capturing the breathtaking beauty of some of Newfoundland’s small towns.-- Edwards Book Club --

’The People Who Stay’ is a lovely and loving tribute to the people of rural Newfoundland – those who stay, those who left and those who leave a piece of their hearts behind.-- Northeast Avalon Times --

In The People Who Stay, Samantha Rideout gives us an in-depth and personal look at a question on many young people’s minds in these modern times: do I stay or do I go?-- Atlantic Books Today --