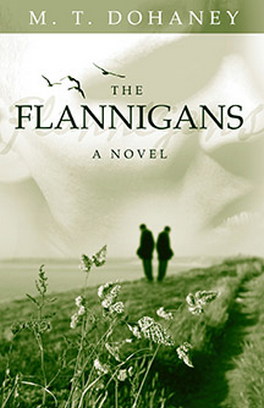 The Flannigans were a tightly knit family. They were particularly united in their stand against Newfoundland’s possible entry into Confederation. When a member of the family announces that he is not only working for Confederation but is working directly with Joseph R. Smallwood, it sets in motion a series of events that ends in heartbreak and the dissolution of the family. Set in outport Newfoundland during a pivotal point in the province’s history, The Flannigans is a beautiful yet heart-wrenching tale about a family struggling to come to terms with tragedy. Long listed for the 2008 ReLit Awards

The Flannigans is an exceptionally good novel, and the heart-wrenching story appears to linger in your heart, long after the book is finished. -- The Daily Gleaner --

For all that has been said and written, no one has ever come close to capturing the emotions of Confederation quite like M. T. (Jean) Dohaney has.-- The Aurora --

M. T. Dohaney offers up another rich and well-written fiction story in The Flannigans. . . . Like Dohaney\'s other works, this novel doesn\'t disappoint with its well-developed characters, authentic scene setting, Newfoundland dialect, and good writing.-- The Daily Gleaner --

Dohaney draws the characters and their emotions so finely that generations who weren\'t alive to witness (or are too young to remember) this turning point in our history can begin to imagine the intensity of that time.-- Downhome --

This book keeps a good dramatic pace.-- The Telegram --

The way in which Dohaney intertwines personal relationships with political conflicts, while nothing new, is compelling.-- Canadian Literature --