In 1982, Autism Society Canada (ASC) held a meeting in St. John's with the purpose of starting a chapter there. Barbara Hopkins, professor of education at Memorial University of Newfoundland, was invited to join ASC’s board of directors in 1983. Her mission was to create a chapter in St. John’s. A constitution and bylaws were drafted in 1987, and the Autism Society, Newfoundland Labrador (ASNL) was formally incorporated under the Newfoundland and Labrador Companies Act and registered as a charity under the Income Tax Act. The capital campaign to build a provincial autism centre officially began in 2003, with Craig and Elaine Dobbin as major benefactors. The doors opened in late 2005, but what would become the Elaine Dobbin Centre for Autism officially opened in June 2006 to serve the Avalon Region. Other regional centres soon followed: the first regional office opened in 2009 in Grand Falls–Windsor to serve the South Central Region; the second opened in 2010 in Clarenville–Shoal Harbour to serve the Eastern Region; and the third opened in 2011 in Corner Brook to serve the Western Region. The Autism Society, Newfoundland and Labrador's programs, services, and supports run from advocacy, on behalf of those people with autism spectrum disorder (ASD) along with their families and caregivers, to outreach programs and employment opportunities. The goal of programming and outreach is to offer supports to clients in and around the St. John’s Metro area and to provide learning and growth opportunities in all areas of the province. Services are delivered from a staffed office with program space, each with a regional assistant manager, in the Avalon, Eastern, South Central, and Western regions. 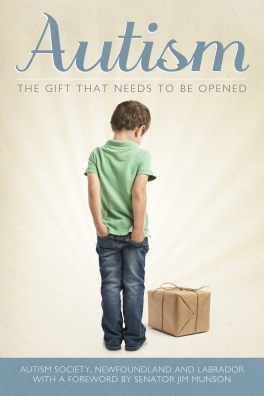 Autism: The Gift That Needs to Be Opened
$5.00
more