The Chronicles of Uncle Mose 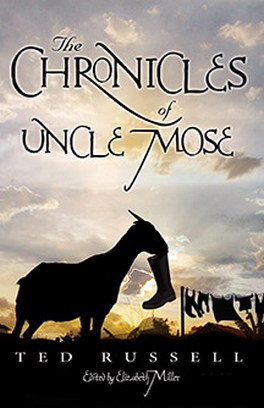 Pigeon Inlet is the setting for Ted Russell's stories, written for radio between 1953 and 1961. Here you will meet not only Uncle Mose, but other characters whose names have become synonymous with traditional outport life: Grampa and Grandma Walcott, Skipper Joe, Aunt Sophy, Jethro Noddy, and—of course—King David. Told with a combination of humour and respect and in a manner that captures the essence of folk narrative, these stories stand as a monument to the dignity of the outport Newfoundlander. Edited by Ted's daughter, Elizabeth Miller, this book is a fine companion for Miller's biography, Uncle Mose: The Life of Ted Russell.

Taken one by one, each story is a gem.-- The Northeast Avalon Times --

The world of Pigeon Inlet comes to full and wonderful life in this very impressive collection of 75 stories from [Ted] Russell's repertoire.-- Canadian Folk Music --

The stories themselves are not only intrinsically delightful and as much fun to read as they were to hear, they also provide a fascinating look at Newfoundland outport life.-- Canadian Book Review Annual --

Russell's writing is often quite evocative in its descriptive powers and in its ability to employ epigrammatic phrases that capture the essence of its subjects.-- The Independent --