Life on the Great Northern Peninsula 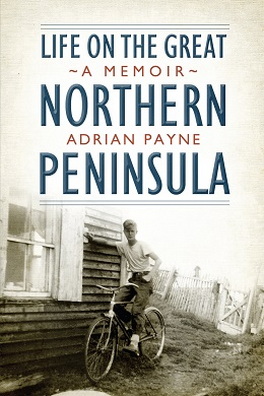 Much of the appeal of rural Newfoundland lay in the freedom of being your own boss and a love of the great outdoors. You were tied to the seasons, and each one played a big role in your life. Spring and summer were the fishing season and a time when new life began. Fall was the hunting, trapping, and harvesting season. If you had livestock, you waited for the first frost—Mother Nature’s deep-freeze—and then you butchered your animals. Winter was a time for gathering firewood. You made sure you had enough to do you until the next year. A man was judged by the size of his woodpile in the spring. It was a symbol of his ability to provide every necessity for his family. Adrian Payne’s memoir begins in 1940, with his early childhood in Cow Head and Parson’s Pond, and then Hawke’s Bay, where his family lived in a company home while his father worked for Bowater’s Pulp and Paper Company. It has been said that a person’s real education begins after school, and rightly so. The reader follows Adrian through his early years of hard work and rich rewards in the lumber woods, hunting moose in the wild north, and adventures on the Long Range Mountains. Told anecdotally, this charming memoir illustrates a life well-lived on the Great Northern Peninsula, where women and men worked hard from season to season and family always came first.

Mr. Payne recounts his stories in an unembellished, yet vivid manner. I found it all very interesting-- The Miramichi Reader --