From a Good Home 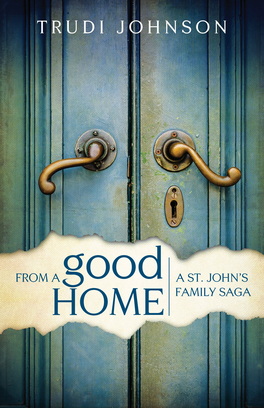 Every family has its secrets. In 1935, Hannah Parsons left her home in Bonavista Bay, Newfoundland, at the age of seventeen to work in service for Charles and Virginia Sinclair, a wealthy St. John’s family. While working for them, Hannah catches the eye of the patriarch of the household, and her life takes an unexpected turn. Now, sixty years later, Charles Sinclair has passed, and his last living will and testament is about to throw his family into turmoil. His children and grandchildren learn that no family is as perfect as it seems, and that some secrets refuse to stay buried forever. From a Good Home is a novel of family legacy among the St. John’s aristocracy. It is Trudi Johnson’s first book.

Set within a comfortable middle-class niche in a contemporary and geographically recognizable St. John’s (Stoneyhouse Street, Exeter Avenue), and framed by relationships, friendships and blooming romances and blood ties, ‘[From a] Good Home’ is an easy, conversational read.-- The Telegram --

Johnson has created a story with enough twists and turns to keep you on the edge of whatever seat you’re occupying.-- Northeast Avalon Times --