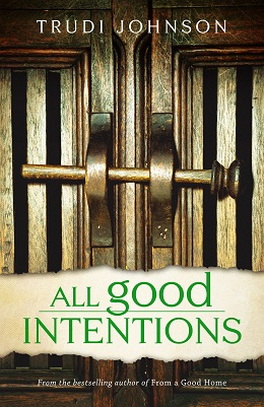 Behind closed doors . . . In the summer of 1996, Jeanne Sinclair, a St. John’s socialite, is getting to know her biological mother, Hannah West, whom she meets for the first time in over thirty years in the rural community of Falcon Cove, Newfoundland. Mother and daughter have in common their devotion to Charles Sinclair, a wealthy businessman, recently deceased. Jeanne’s life becomes more complicated with the arrival of Kevin Gillis, a land developer from Halifax who is determined to avenge the treatment of his father, an employee of Sinclair in the 1940s. As the summer unfolds, Jeanne and Kevin find their loyalty tested by a growing attraction to one another and the discovery of new and intriguing Sinclair family secrets. All Good Intentions continues the fascinating saga of the Sinclair family of St. John’s, begun by Trudi Johnson to critical acclaim with her first book, From a Good Home.

All Good Intentions reminds us of how important family memories are to making sense of who we are and, perhaps more importantly, who we want to be.-- Atlantic Book’s Today Fall 2018 magazine --

A descriptively and well-written book, I’d recommend picking up a copy and settling in for an evening with the Steffensen’s and Sinclair’s and be entertained by their drama and secrets.-- Christa McGrath - Edwards Book Club --