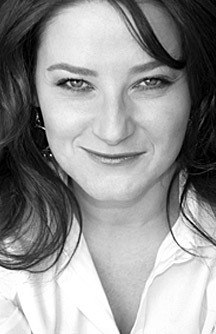 Kerri MacDonald grew up in Middle Cove, just outside St. John’s, Newfoundland, and never left. After pursuing an English degree at Memorial University, Kerri started as an advertising copywriter in 1998 and has been successfully working and freelancing in print and television ever since. She has developed branding and marketing campaigns for many clients, local and national – cars and pickup trucks, aerospace companies, liquor, beer, universities, hot tubs, tourism, casinos, law firms, banks and chicken...you name it, she’s probably written an ad for it. Working on the show has allowed Kerri to implement some of that knowledge and in 2010, her work on the web for Republic of Doyle netted her a Canadian New Media Award Nomination for Best Use of Social Media. She also wrote many of the show’s Season 1 webisodes. It was spending time on commercial sets that Kerri got the bug for working in film and TV. A seasoned set veteran, she developed another career as a crew member in the art department, dressing sets and doing props for shorts and features. Soon she wrote one of her own and someone else dressed the set for a change. Her hilarious and one-of-a-kind comic short Mum’s the Word… starring Mark O’Brien was funded and filmed in the winter of 2009 through the NIFCO PictureStart program and won Best in Newfoundland at the 2010 Nickel Independent Film Festival in St. John’s. Also in 2010, Kerri was commissioned by Rabbittown Theatre to write a play for the Cupids 400 Celebrations in the province. The result was The Feast of the Sword, about a night of life or death competition aboard pirate Peter Easton’s ship in 1610. Swordfights and hilarity ensued. Kerri discovered that pirates are cool. A self-professed fan girl at heart, Kerri has immersed herself in all things Doyle to write this book. And she thought she was all Doyle, all the time, before – Kerri has spent Seasons 1 and 2 of Republic of Doyle as the story coordinator and is currently working as a writer on Season 3. 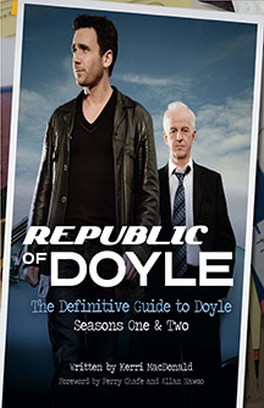