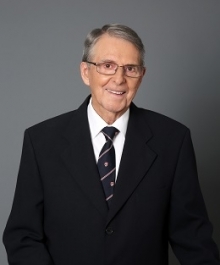 CALVIN D. EVANS retired from dual careers as a university librarian and a United Church minister. He has lived and worked in six of the provinces—Newfoundland, Nova Scotia, Quebec, Ontario, Saskatchewan, and Alberta. He is the author of six books: For Love of a Woman: The Evans Family and a Perspective on Shipbuilding in Newfoundland (Harry Cuff Publications, 1992); Soren Kierkegaard Bibliographies (McGill University, 1993); Silk Sails: Women of Newfoundland and Their Ships (Breakwater, 2008); Master Shipbuilders of Newfoundland and Labrador (Breakwater, Volume One 2013, Volume Two 2014). He has also written several articles on library science and has been a contributing writer for the Dictionary of Canadian Biography (seven biographies) and for the Encyclopedia of Newfoundland and Labrador. In 2005 he wrote the biographies of fifteen Newfoundland women for the Grand Falls–Windsor Chapter of the Council on the Status of Women. This document is available on an Internet site. In 2018 Calvin’s booklet Major Sidney Cotton’s Aviation Adventures in Newfoundland and in the Two World Wars was printed by Morgan Printing of Bishop’s Falls, Newfoundland and Labrador, under the sponsorship of the Botwood Heritage Society. Calvin is a member of the Writers’ Alliance of Newfoundland and Labrador and of The Writers’ Union of Canada. In 2009, Calvin was awarded the honorific title of Librarian Emeritus of McGill University. Calvin now lives with his wife, Goldie, in Wasaga Beach, Ontario. They have three children (plus one deceased), six grandchildren, and nine great-grandchildren. They have spent the past ten summers at a cottage in Pleasantview, Newfoundland.