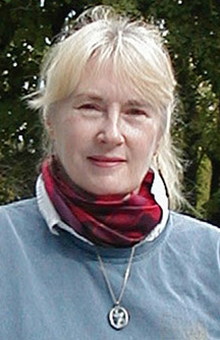 C. Anne MacLeod is a film and video animator, a graphic artist, and an illustrator. Originally from the Isle of Man, Anne and her husband, Paul, have lived in Newfoundland since 1968. They have one grown son, Jonathan, and three grandchildren. Anne has conducted many art and animation workshops in elementary schools in the province and led an innovative children’s animation activity in a development project in Thailand. She has also worked and conducted training in Malaysia and Brazil. Anne is the illustrator of The Clothes Lion stories, Winter of the Black Weasel, Free Flight, and Moocher in the Lun, and she has designed numerous educational books and training materials. Currently she is working on her animated film Sea Urchin. In 2013, Anne was delighted to have her “whaler” logo design chosen to represent the new UNESCO World Heritage Site of Red Bay, Labrador.