The True Confessions of a Badly Misunderstood Dog 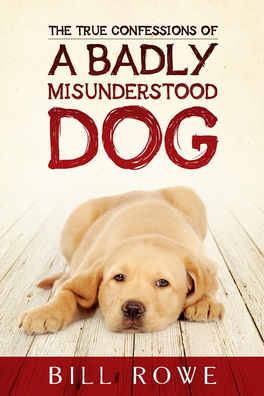 "My mother told me about the good old days of long ago, which she’d heard about from her own mother and grandmother, when our ancestors were rootless, roaming mongrels known as the St. John’s water dogs. That was before some Lord High Mucky-muck across the ocean got fancy on us and started calling us Labrador retrievers. When we were the old water dogs, she said, we developed our famous, justly admired webbed toes to help us swim out in the oceans and ponds and rivers and rescue people all the time . . .” This is the heartwarming and hilarious memoir of Durf, a yellow Lab who thinks he is the boss of two cats. In fact, he’s pretty sure he’s the boss of the humans he lives with, too. Durf often dreams of performing heroic and awe-inspiring feats to prove to his family once and for all that he truly is the top dog in these parts. His faithful companions, a blue Persian male cat and a female tabby, can’t possibly understand what it’s like to be destined for greatness like Durf. They try to keep him grounded for his own good, but Durf knows in his noble dog’s heart that his greatest adventures are just around the corner. Inspired by true events, this is the consummate novel for dog and cat lovers alike. The True Confessions of a Badly Misunderstood Dog is Bill Rowe’s ninth book. Two of his books, Danny Williams: The War With Ottawa and The Premiers Joey and Frank: Greed, Power, and Lust, have appeared on the Globe and Mail bestsellers lists.

It has been a really, really long time since I read a book that caused me to both laugh out loud and get a little weepy, and Bill Rowe has done that with this book.-- Northeast Avalon Times --

This is an easy-to-read book that anybody who has ever had a dog can easily relate to. It’s a story with warmth and humour.-- Edwards Book Club --

Durf’s voice is full of affection and is, by his own lights, honest. And the tone is plausible and authentic. The writing is at its strongest when Durf is in some kind of exchange with That Man: ‘”No man is indispensable,” I heard That Man say one time about himself, and he got that right. But I never heard him say that no dog is indispensable.’-- The Telegram --

Dog persons, likely even cat persons, will love this book. They will haul Marley and Me from their bookshelves and replace it with [The True Confessions of a Badly] Misunderstood Dog.-- The Advertiser --

[Durf’s] misadventures are funny and sad, and always well-written. Definitely a book to read.-- The Guardian --