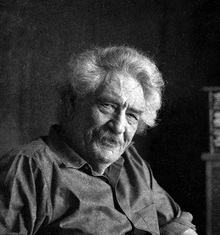 Ted Drover (1907–1980) was born in St. John’s, the oldest of William and Minnie’s eight children. He received his early education at the Methodist College. When school was out for the summer, the family went to Brown’s Arm; all their summers were spent by the ocean. It can be assumed that it was in these surroundings that Ted developed his great love of the sea. This love, and his amazing powers of observation, plus his extraordinary artistic talent, have given us the drawings which are contained in Ted Drover: Ships Artist. In the mid-1920s, after completing his schooling in St. John’s, Ted went to the Ontario College of Art as well as the college’s summer school sessions at Port Hope in 1927. While at the college, he studied under several well-known artists, many of whom were members of the Group of Seven, such as J. E. H. MacDonald and Frank (Franz) Johnston. He also studied under one of Canada’s leading sculptors, Emanuel Hahn, with whom he corresponded until the mid-1950s. It seems that even as a very young man he made an impression on the arts community in Canada. Although still a student, he is mentioned twice in Yearbook of the Arts in Canada 1928–1929 in articles by Fred Housser, author of A Canadian Art Movement, and Bertram Brooker, editor of the Yearbook. They referred to him as an artist to watch for in the years ahead. During the Great Depression, Ted had to curtail his studies and return to Newfoundland to run the family's sawmill in Alder Harbour. When Ted returned from Ontario, he was 22 years old. He had no connections to Twillingate at that time, but perhaps in his wanderings on the waterfront he met Captain Saul White, who was in port to fit out a vessel for the hunt. He signed on as a sealer. This experience in 1929 gave him knowledge of the sea from a very different perspective and no doubt influenced his thoughts about the powers of the ocean. It was while in Alder Harbour that Ted met Jessie Troake from Durrell’s Arm, Twillingate. She had returned to Newfoundland in May 1933, from Montreal, where she trained as an RN at the Royal Victoria Hospital and worked as a private nurse to earn her passage home. Ted and Jessie were married in 1935 and lived in Alder Harbour. He did not seriously pursue his art until 1936, when he was commissioned to draw portraits for The Book of Newfoundland. Jessie continued her nursing duties until 1942, when they moved to Clarenville. A new shipyard was being constructed for the Commission of Government through the Department of Natural Resources. Ted brought valuable experience to the yard in the setting up of sawmill machinery. The yard’s first big contract was the construction of ten wooden ships which became known as the Splinter Fleet. In 1944, the Drover family moved again, this time to Twillingate. Ted began a charter boat business. His vessel the MV Jessie Cull provided an essential service in those days when there were few connecting roads in Newfoundland. In the early 1960s, Ted made his last charter trip, but he had come to know the ships, the shores, and the people of the island in a very intimate way. His fabulous caricatures—not always flattering—either pleased or maddened their subjects were they to see them. He could, with just a few strokes of his pencil, sketch a person who was recognizable immediately. In 1965, Premier Joseph R. Smallwood invited Ted to come to St. John’s to establish a Maritime Museum in the new Arts and Culture building, which was under construction. He accepted and took great pride in collecting and displaying artifacts which were examples of things used by people of the sea in years gone by. It was while he was curator of the Maritime Museum that he created many of the drawings featured in Ted Drover: Ships Artist. In 1976, his work was displayed at the Royal West England Academy in Bristol to commemorate the visit of the schooner Norma & Gladys to Bristol. Thirty-three of his drawings which hung at the Seaman’s Museum in Grand Bank for many years luckily escaped damage when there was a fire at that site. They were subsequently taken to The Rooms, where they now reside and are accessible to researchers.