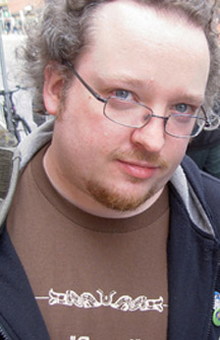 Scott A. Keating is an award-winning commercial illustrator, designer, and comic-book artist. He lives in St. John’s, Newfoundland, and has worked with a wide variety of clients around the world, including Random House, HarperCollins, Original Productions, IDW Publishing, Dark Horse Publishing, Image Comics, BOOM Studios, Fantasy Flight Games, and The Idea Factory. Scott’s work has been published worldwide, in magazines, books, comics, commercial products such as CDs, and film and theatrical posters. Winner of the 2010 Lillian Shepherd Memorial Award for Excellence in Illustration for What Colour is the Ocean?