Justin Barbour was born in St. John’s, Newfoundland, and grew up in the rural community of Bauline until his early teens. His family then moved to St. John’s, where he went to school and played hockey competitively until moving away to Miramichi, New Brunswick, to suit up in the Maritime Junior A League for four years.

Upon returning to Newfoundland, Justin completed a Bachelor of Physical Education and Bachelor of Education at Memorial University. During that time he played in the Newfoundland Senior Hockey League for seven years before moving away to Cartwright, Labrador, to teach K-12 physical education and science for a year.

He is a provincial champion in high school hockey, AAA Midget Hockey, Men’s A Ball Hockey, and he has won a Herder Memorial championship with the Grand Falls–Windsor Cataracts in 2015.

Justin is an adventurer, teacher, writer, public speaker, and he runs a successful YouTube Channel that documents his expeditions. He credits growing up in the woods of Bauline for making him the independent and passionate outdoorsman he is today.

Since 2017, Justin has travelled over 2,000 kilometres in the wilderness of Newfoundland and Labrador, accompanied by his Cape Shore water dog, Saku. In 2018 he was sponsored by the Royal Canadian Geographical Society for an expedition in Labrador, and he wrote about it for Canadian Geographic upon his return. He has been asked to speak in places as far away as Ontario. 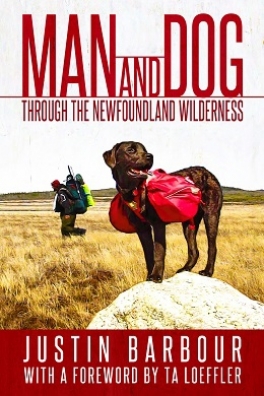