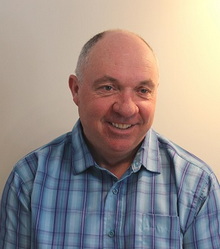 Francis Paul Pitts was born on August 19, 1958, in the community of Freshwater, Bell Island, Newfoundland and Labrador. He was the middle child in a close family of eleven children. Frank was very young when his father died, and his mother raised all eleven children on her own. Following graduation from St. Boniface High School in Wabana, Bell Island, Frank attended the College of Trades and Technology in St. John’s and acquired a certificate of technology in forest resources, which aided him in landing employment with the Newfoundland Forest Service and later with Environment Canada. While working one day, Frank had a chance encounter that motivated him to join the Royal Canadian Mounted Police. He decided to pursue a career with the RCMP in early 1980 and joined the organization in April 1981. He spent the next thirty-two years at twelve different posting assignments in the provinces of Newfoundland and Labrador, Prince Edward Island, and British Columbia. In February 2009, he stayed for a brief assignment in Ottawa, Ontario, performing security duties during United States President Barrack Obama’s visit to the Canadian capital city. Frank’s career earned him the Long Service Medals for twenty, twenty-five, and thirty years. In 1995, he was awarded a Commanding Officer’s Commendation for outstanding and dedicated service during his assistance in resolving the infamous Gustaffson Lake Standoff in 100 Mile House, British Columbia, which ended without loss of life. In March 2010, Frank was awarded a Certificate of Appreciation, and a further Commanding Officer’s Certificate of Appreciation, in recognition for his dedicated service and exemplary performance of duties as a member of the integrated security unit for the Vancouver 2010 Olympic and Paralympic Winter Games. Frank Pitts retired in 2014 and moved to Pasadena, Newfoundland and Labrador, where he resides with his wife, Diane. In his spare time, he works on construction and maintenance projects in his woodworking shop. 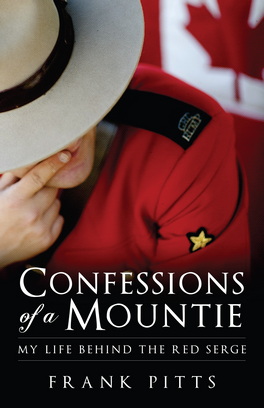